Here is a picture of the Ten Commandments found in the Jewish Encyclopedia (1901-1906). It is in Hebrew and dates from the second century before Christ: 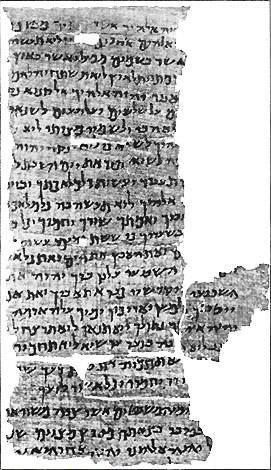 This is from a collection of four papyrus fragments acquired in Egypt by W. L. Nash and first described by Stanley A. Cook in 1903. These fragments were the oldest Hebrew fragments then known at that time which contained a portion of the biblical pre-Masoretic text, and specifically the Ten Commandments and the Shema Yisrael prayer. According to Wikimedia, the order the commandments listed in the Nash papyrus differs from that of the Hebrew Bible and Septuagint as the papyrus was believed to be copied from a liturgical work.

To learn about the actual ten commandments from the Bible, please read the following articles:

Back to home page

Back to Early Christianity page